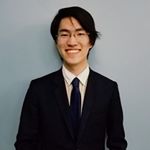 Major Looking for Alaska spoilers ahead!

As I transitioned from my teenage years into adulthood, my taste in books, movies, and stories pivoted. Teenage dramas no longer intrigued me the way they did when I was a teen. Of course, there’s a lot of reasons for this. One is the fact that Hollywood tends to butcher reality to pander to the greatest audience. Seriously, have you seen what they did to Glee and Grey’s Anatomy?

Looking for Alaska is not the exception to this, but the answer. As adults, we tend to downplay the problems of the younger generation, which is ironic because we were all once that bewildered teen trying to figure out the point of everything. We were all a variation of Miles Halter at some point in our lives. Which begs the question: Why do we scoff at the problems of kids and teenagers? Does our compassion and empathy wane as we get older?

Rarely do on-screen adaptations honor their written counterparts. Which is why, when I learned one of my favorite books as a teen was made into a TV miniseries, I was skeptical. Two days later, I’ve binge-watched 10 hours of Looking for Alaska. You’re probably thinking, “Gee, this guy really sucks at math.” Actually no, some moments were just so beautiful that I had to watch them a second time. Looking for Alaska is wonderful, and we have two parties to thank for this: John Green for writing the story and the producers for staying true to Green’s words. To put it simply, it’s great because it closely resembles the book.

Looking for Alaska is a coming of age story following Miles Halter’s journey to find his “great perhaps” and Alaska Young’s mission to find her way out of “the labyrinth.” What is this “great perhaps” that Miles speaks of? And why is Alaska so intrigued by García Márquez’s concept of “the labyrinth?” Oh, don’t bother trying to find a solid answer. Dr. Hyde already lets us know that the best questions don’t have answers. Not really, at least.

As an audience, we read the book or watch all eight hours of the miniseries because we want to see Miles and Alaska eventually find the answers to their questions. No matter what age we are, in this way, we are no different than them. We are overly focused on the destination without having figured out that the answer to our questions lies in the present, not the future. Unfortunately, sometimes the future must be taken away for us to realize this. John Green does this in the cruelest way possible: By taking the life of the beloved Alaska Young after we’ve invested so much emotional capital into her.

“If only we could see the endless string of consequences that result from our smallest actions. But we can’t know better until knowing better is useless.” — John Green

The story is deliberately written to keep Alaska’s death a mystery. Was it a suicide or an accident? There are facts supporting both theories and without imposing outside information, we’ll never truly know. Like Mile’s says, “I’ll never know her last words.” After Alaska’s death, Miles and his friends conduct a thorough investigation to find out exactly what transpired on the night of Alaska’s death. After going down a rabbit hole of blaming everyone and unscrambling a lot of details, Miles and his best friend, Chip, catch a high from finally coming up with a reasonable explanation. However, their high is quickly diminished when they realize that despite the answers they’ve found, nothing is going to reverse the death of Alaska.

John Green’s story is full of questions that don’t have answers. Why does Miles always choose Alaska over Lara, who is equally as interesting and attractive? (At least I believe the story intends it to be this way.) Why was Chip dating a girl he constantly fought with? Why was the love of Dr. Hyde’s life taken away from him so soon? Finally, why does Miles return back to Culver Creek even after stating that he “can’t bear to see a spring that Alaska won’t see?”

When it comes to love and life, some questions just don’t have answers. Why and how do we fall in love? Why do we break up? Why do some people die while others get to live? What is the “great perhaps?” How do we ever get out of this labyrinth?

What constitutes the present? Well, there are two certainties in life. That right now, I am writing this article and you are reading this article. That’s the labyrinth. That is the “great perhaps.” It isn’t a destination, it’s life.

“You spend your whole life stuck in the labyrinth, thinking about how you’ll escape one day, and how awesome it will be, and imagining that future keeps you going, but you never do it. You just use the future to escape the present.” — John Green